Posted on January 20, 2016 by yourmerchantaccountblog

Over the years I’ve seen many things in the payment processing industry that can cause a merchant heartache and headaches, but of all these none is more troublesome than the phone line. Many times I have received a call from a merchant that their credit card machine keeps trying to authorize their customer’s credit card and failing to do so for seemingly no reason at all. After some trial and error, we get the machine running smoothly, the customer finishes their purchase and business goes back to normal. Yet, the question still remains as to why this happened.

Just recently, I had a merchant call me with just this issue. They are a locally owned restaurant and their credit card machine started giving them a dreaded “CE- Transaction Failed” error message and to make matters worse, this happened during their lunchtime rush. They quickly called me and told me what was going on and we went through some trouble shooting steps to get things going but to no avail. The credit card machine would not reach an outside line to process. Shane, the merchant, asked me this: “I can still make and get phone calls, why won’t the credit card machine work?” The answer to that is simply this- a phone call, either in or out, does not require a very strong signal and equipment like credit card machines and fax machines that send data need a strong signal. The average analog phone line has four wires to pass a signal through, a phone call only requires two to work perfectly and can work with just one. Equipment that pass data, like credit card machines, need all four to be working for the best results. The Phone Company’s only concern is phone calls not data transmissions, so if you can call someone to them your lines are working.

What if it still does not work? Check with your Phone Company to see if you have been moved to a digital phone line service, if so you may need to add a DSL/Digital Feed filter to the phone going into the wall jack. Their could be an issue with the credit card machine’s internal modem, to check that you would need to call your Technical Support group and go through some signal strength tests. Ask your Rep. if your credit card machine has the ability to process via IP, this option can help increase your processing speed and security level but does require that the credit card machine be re-downloaded. Is the phone service in your area just plain bad? Here in Savannah, the phone lines in Downtown are not great, so many merchants look to a wireless option or mobile plan for their processing needs. Again, just ask your Rep. about these options, they will be glad to talked to you about your options.

Posted on May 1, 2014 by yourmerchantaccountblog 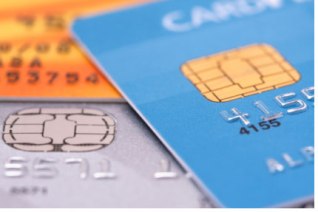 What is EMV? What does it mean for the average Jack and Jill on the street? What does it mean for merchants everywhere? Some of those questions are easy to answer. Some lie in a bit more of a gray shady area. So, with the count down coming to a close on the United States’ decision over adopting the EMV standards; we will try to shed some light into the looming shadow of EMV.

Let’s start with the number one question for most people. What is EMV? EMV is a set of security standards for processing and transmission of card payment data. These standards are already widely used throughout Europe and Asia. The essential goal of the EMV standards is to ensure a global interoperability and acceptance of secure card payments. In English, a set of card processing rules that make processing easy and secure regardless of where you are, at home or in another country. EMV is an acronym of the original creators of the standards, Europay, MasterCard and Visa. Although these three groups started the process; all major card brands now back EMV.

EMV was introduced 15 years ago and has evolved from a simple data chip program to include EMV contactless readers and possible standardized payment tokenization. However at the moment the focus here in the United States is getting everyone agreed on EMV’s chip and PIN interoperability. EMV “chip and PIN” cards that require the customer to supply a 4-to-6 digit personal identification number (PIN) when making a purchase at PIN-capable terminals. The chips in these cards feature “PIN” at the top of the list of possible cardholder verification methods (CVM), but with a fallback option to signature (or even no verification at unattended terminals). That is EMV.

What does it mean to card holders? It means you will be getting new cards to put in your wallet. These new cards may or may not have a magnetic stripe across the back. It means you will have to remember a new pin number (4 to 6 digits) in order to buy anything, except online- there is no pin needed for that. Pin and chip cards help reduce card present fraud to almost 0%, but offers no such benefit for card-not-present transactions.

What does it mean to the merchant? Yes, it reduces fraud for you as well, but that is about it. It will not speed up transaction times. It will not lower your merchant fees. It may, however, cost you money. Here in the United States, where EMV has not been adopted, most of the existing terminals in most businesses are not EMV compatible and will need to be replaced. What will failure to update your equipment mean? I am not sure. Most certainly a grace period will be given to all merchants upgrade, but after that I would assume some sort of PCI non-compliance fee/fine will be issued against your account. What does the switch to EMV mean for merchants using mobile devices like smart phones and tablets- will they have to buy a new phone or tablet to accept EMV and be compliant? Most likely no, your mobile app will upgrade with the change.

In fact, many representatives in the payment industry believe that the implementation of EMV in the U.S. will cause many consumers to ditch their plastic cards in favor of mobile payments, a survey released by ACI Worldwide suggests. The survey, taken at the 2013 ACI Americas Exchange conference earlier this month, found that nearly half (49%) of the respondents from the payment industry said that they believe customers switch to mobile payments from physical cards after EMV implementation. The implementation of the EMV standards will be decided in October 2014 here in the United States as to whether we adopt these standards or not.

If You Can’t Change Your Merchant Account, Your POS is Too Expensive

Posted on March 28, 2014 by yourmerchantaccountblog 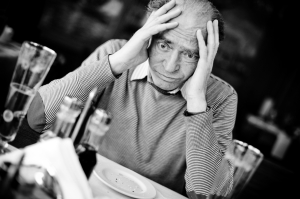 Time after time we see it, a business is setting up and they get a Point-of-Sale system which does what they need. Sometimes it thousands of dollars, sometimes free, sometimes at a hefty discount, and yes they will setup a merchant account so you can take credit cards.

Look behind you, because Rod Serling is giving a monologue about your life, business, and how you just opened up shop, …in the Twilight Zone. This is because of the litle, tiny, almost inconsequential data you don’t know. A few years from now, you will have someone review your rates for accepting those credit cards; and you will find out, much to your chagrin, that you are vastly overpaying. However, once you get into the process of switching to a company with a better rate you find out you can’t switch. Or at least you cannot without dumping your entire system. This is because the POS provider will only work if you use their merchant account. Normally you would have to watch a mobster movie to feel like you have that kind of loan shark in your wallet, but it happens everyday. Sadly, few people move from that system.

Why? It just seems easier to go ahead and deal with the devil you know as oppsoed to go through the hassle of switching and literally ripping the system out from your business to start over. Here’s the truth: it is a giant pain. And expensive. However, most POS systems are yours for the changing and you can change your merchant account at any time. better to start from the beginning with a system that is adaptable rather than pay the exorbitant fees to keep from having to replace the system.